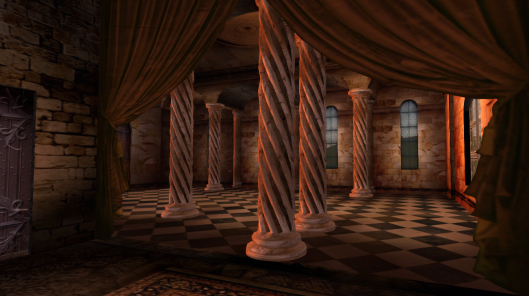 Castles are among the wonders of Second Life. You can still see them on the mainland, although many are private. Some of them are the abodes of vampire clans.

I have a friend who rezzes a small castle somewhere on the grid, at least once a year and almost always makes it available for visitors. Of the numerous builds I have stashed in inventory, I don’t believe I own a castle, except perhaps a freebie. 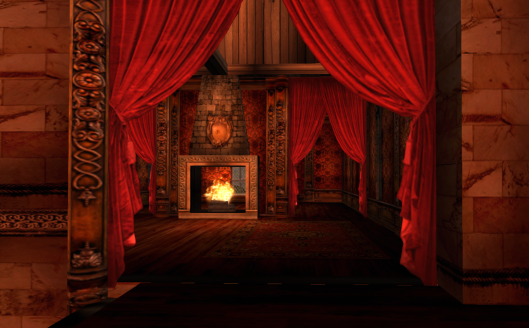 Greater Coniston is in the northern part of Sansara. I’m pleased to have a small art gallery on Willow Terrace and I run a small press with a friend in North Keswick.

Greater Coniston is a lovely Northern English landscape, extending across the Coniston sim and into the neighboring sims of Windermere, Langdale, Keswick and Buttermere

Coniston Castle, shown in the above three photos, is located in the sky.

Castle Hildring is located in the sky and currently available to rent.

“Most of the castles were created by Hattie Panacek, formerly the owner/creator of Rampart Castles. Today she runs Ex Machina, building and selling steampunk/atompunk themed works.” 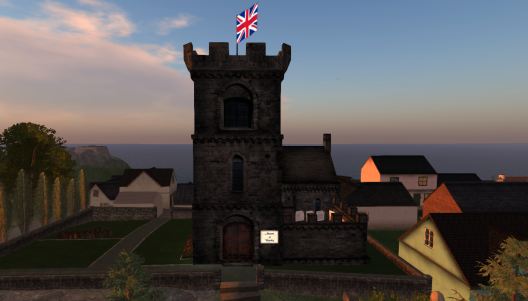 Blackstone Castle is the home of the Museum of Wizardry. It’s just off the Linden Road.

“All castles have been updated by me to reduce their land impacts, using modern techniques not available when they were originally built.”

Blackstone Castle in the past

In the sky, is Blackstone Castle when it was Lord Claven’s Tavern and Residence. It is furnished.

Also located in the sky is The Coniston Guard Tower.

Keswick Castle is located on the ground in a lovely area with great views.

It is currently for rent. 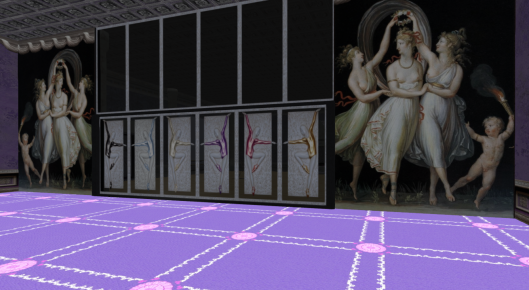 “Chateu le Kia was build by one of Hattie’s students, Jamez Moonstone, and as different as it looks, it was actually based on the Coniston Castle (or Castle of Fortitude as Hattie named it).”

Chateau le Kia, in the sky, is a dance studio. I explored the first level and then flew to look around the upper areas.

In the notecard, Rey mentioned she has one more castle she hasn’t found room for yet.

This parcel in Hookton, on Sansara, was claimed just a little over four months ago; the art and lounge spaces have often been in vibrant change, always worthy of visiting, never being too much under construction.

The land has gone through several name changes too. First binary, then post binary, and maybe some others before the current “dream; everything is art“.

The studio, gallery and mainland lounge are owned by serra Qendra. Currently at the landing there is a group joiner for machinima screenings planned for next month: “Cinema “Sunday Screenings” from 18 Feb >>> 8-10 PM
(8:15 start) playing machinima about sl… “.

“My ‘concrete poems’ are surrealistic assemblages of found objects

(No.1) Dragons Tears: is about the act of crying

The viewer is invited to sit in the middle of the sculpture…to ‘complete its verb’
…to take time from our usual work and let ourselves feel loss
Dragons so hate to lose any of their jewels
some private crying helps wash that away.

The Lounge is currently displaying snapshots by serra taken at LEA last round, mostly of The Plant. 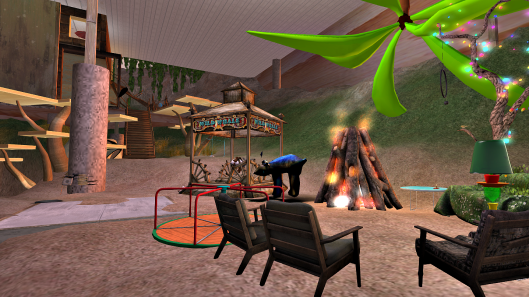 The levels can be navigated by stairs, climbing, teleporter and flying. I’ve enjoyed wandering around the installations which have been quite fascinating.

There is a meditation area, rides, and floating jellyfish; spring has arrived with chickens wandering around.

One of the previous winter scenes here was selected for the cover of the most recent edition of The Antidote, an inworld publication celebrating continuing creativity, activities and community in Second Life in the midst and in spite of very challenging and often discouraging times in the arts and in the world. (Copies of the two editions may be picked up by the Peace Pole at nearby Wanderlust Cafe and Art Park Extension in Quentin.)

Walking all the way down to the water, you’ll find the Hookton Rez Zone close by.

I was delighted to find a gacha for affordable sculptures called “shell-likes”.

I’ve admired how the spaces here have adapted to and worked well with the aesthetics of the frequent changes in the area, some of which have looked unappealing. 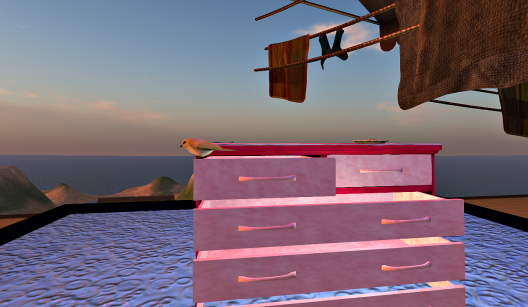 There has usually been laundry drying in the sea breeze. At this time it is up on the roof. 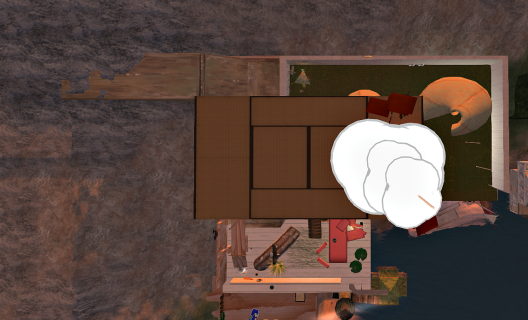 A birds eye view looking down at dream: everything is art.